If you are at least vaguely familiar with probiotics and how they work inside the human body, then you must have surely come across the name Lactobacillus casei by now. Not only is this bacterium a harmless presence inside the gastrointestinal tract, but it can also greatly contribute to overall wellness by creating a symbiotic relationship with the other microorganisms present in your gut.

In fact, the popularity of Lactobacillus casei as a probiotic has grown so much in recent years that some companies have chosen it as their main ingredient in health-boosting dairy products or dietary supplements of various kinds.

To find out all of these answers and more, let us take a closer look at this probiotic and its role in the economy of human welfare as a whole.

Lactobacillus casei in the world of probiotics

Lactobacillus casei is a ‘good’ bacterium normally associated with a high resistance regarding temperature and pH variations. It constitutes a probiotic pertaining to the Lactobacillus genus, with the latter category encompassing a large number of lactic acid-producing bacteria which boost fermentation processes, food decomposition, and immunity screening alike.

! Probiotics are beneficial microorganisms that exist naturally within the gastrointestinal and urogenital systems of most mammals, as well as in the biological makeup of some plants. Their etymology translates to ‘pro-life’ bacteria and reflects how probiotics contribute to general wellbeing by inhibiting the formation of ‘bad’ bacteria (fungi, viruses, microbes, etc.), regulating digestive processes, and maintaining mental balances in check.

Lactobacillus casei was first isolated as a distinct probiotic species at the beginning of the 20th century, with many subsequent strains pertaining to this particular ‘good’ bacterium having been discovered and used accordingly ever since (Lactobacillus casei GG, Lactobacillus casei ATCC 334, etc.). One already famous example is that of the Lactobacillus casei strain Shirota, initially recognized by Japanese specialist Minoru Shirota in 1930 and nowadays employed in the fermentation process of numerous Yakult products.

! Yakult is the brand name initiated in 1935 as a result of Dr. Minoru Shirota’s discovery of his eponymous Lactobacillus casei strain. The company is renowned for its probiotic-infused dairy product with the same name, which consists of skimmed milk (powder), sugar, water, natural flavors, and 6.5 billion CFUs (colony-forming units or a number of live bacteria) of Lactobacillus casei strain Shirota per serving. Yakult can be found distributed all across the globe, with a particular popularity in America, Asian countries, and India.

Regardless of their name, it is safe to say that all Lactobacillus casei strains share the beneficial properties originally associated with this probiotic, namely improved functionality both within and outside the gastrointestinal system.

The benefits of Lactobacillus casei

In fact, Lactobacillus casei has been a long time associated with a number of gastric and intestinal advantages that can seemingly be acquired only through this organic outlet of the probiotic sort. For instance, one early 2002 study recognized Lactobacillus casei’s capacity to strongly adhere to the mucosal lining of the gastrointestinal tract, these colonies, therefore, surviving multiple digestive cycles and also contributing to protein synthesis.

This persistent presence of Lactobacillus casei bacteria can also benefit individuals who suffer from lactose intolerance since Lactobacillus  probiotics are ‘famous’ for their capacity to process milk sugars and facilitate their gastrointestinal passage in the case of  more lactose-sensitive people.

Lactobacillus casei has also been linked to the alleviation of more serious gut disorders such as Crohn’s disease and IBS (Irritable Bowel Syndrome) by reducing intestinal inflammation, normalizing bowel motility patterns, and meliorating the symptoms usually brought about by these gut imbalances. Cases of acute diarrhea (particularly in children) have also been shown to considerably improve under Lactobacillus casei administration.

Although Lactobacillus casei colonies are a constituent part of the human gastrointestinal tract, factors such as prolonged antibiotic treatments, irregular eating regimes, and even stress can negatively affect the number of live colonies present at this level and consequently disrupt your digestive, immune, etc. wellness.

Fortunately enough, external supplementation of different origins can be employed to replenish the number of ‘friendly’ bacteria inside your gut and restore general wellness in a fairly short amount of time, as follows:

When should you avoid Lactobacillus casei?

Currently, the consensus among the international medical community is that probiotics are generally safe for usage by the majority of the population. Nevertheless, certain medical situations require careful monitoring or altogether interdiction of probiotic employment in order to avoid further complications. The most frequent instances include:

Otherwise, a healthy individual should expect to experience at most some minor abdominal discomfort when starting a Lactobacillus casei treatment. Symptoms like bloating, gas, and cramping are a normal outcome of your gastrointestinal tract trying to integrate the new bacteria colonies and should subside within a week of administration.

Lactobacillus casei – the probiotic of the future?

It is now obvious that, by creating a symbiotic connection with the other ‘good’ bacteria inside your gut, Lactobacillus casei is able to promote not only abdominal wellness and immune screening but also a heightened sense of both physical and psychological welfare.

Its natural occurrence within the gut is therefore not random, but nature’s ‘response’ to an improved sense of health and happiness as coming from within your body.

As studies continue to demonstrate the beneficial action of this probiotic, more and more brands have started using Lactobacillus casei strains inside their dairy, pickled or supplement products so as to comply with their buyers’ need for healthier alternatives to what today’s standards would call ‘good living’.

To conclude, it would seem that Lactobacillus casei is indeed one answer to achieving a better lifestyle via the organic and safe(r) route. So give this ‘friendly’ bacterium a try for yourself and see what positive changes it can bring into your daily routine too! 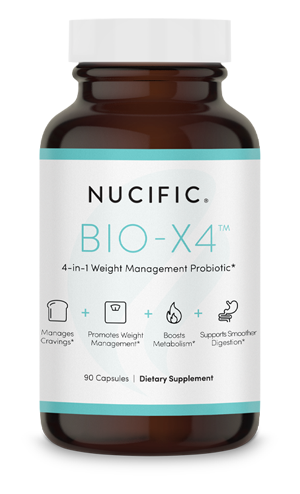